“Death Becomes Her: The Art of the Obituary with Margalit Fox” has been added to your cart. View cart 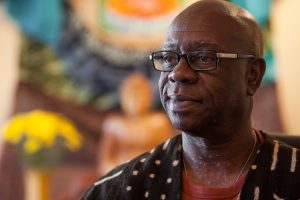 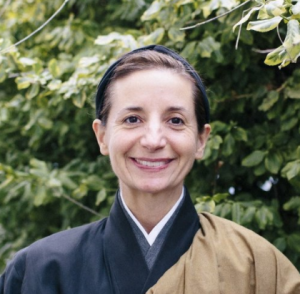 With body-based reflections and meditation practices to help us move through our days, America’s Racial Karma invites us to stop the cycle of trauma and transform our suffering into energy for self-love and healing. Immediate, illuminating, and hopeful: this is the key set of talks given by leading Zen Buddhist teacher Larry Ward, PhD, on breaking America’s cycle of racial trauma.

Shot at by the police as an 11-year-old child for playing baseball in the wrong spot, as an adult, Larry Ward experienced the trauma of having his home firebombed by racists. At Plum Village Monastery in France, the home in exile of his teacher, Vietnamese peace activist and Zen teacher Thich Nhat Hanh, Dr. Ward found a way to heal. In these short reflective essays, he offers his insights on the effects of racial constructs and answers the question: how do we free ourselves from our repeated cycles of anger, denial, bitterness, pain, fear, violence? Larry Ward looks at the causes and conditions that have led us to our current state and finds, hidden in the crisis, a profound opportunity to reinvent what it means to be a human being. This is an invitation to transform America’s racial karma.

Larry Ward (pronouns- he/him) is a senior teacher in Buddhist Zen Master Thich Nhat Hanh’s Plum Village tradition, the author of the book America’s Racial Karma, and co-author with his wife, Peggy, of Love’s Garden, A Guide To Mindful Relationships. Dr. Ward brings twenty five years of international experience in organizational change and local community renewal to his work as director of the Lotus Institute and as an advisor to the Executive Mind Leadership Institute at the Drucker School of Management. He holds a PhD in Religious Studies with an emphasis on Buddhism and the neuroscience of meditation. Larry is a knowledgeable, charismatic and inspirational teacher, offering insights with personal stories and resounding clarity that express his dharma name, “True Great Sound.”

Reverend Myozen Joan Amaral moved to the Boston area in 2012 from San Francisco Zen Center to serve as guiding teacher for the Marblehead Zen Center. In 2014 the Zen Center relocated to Beverly and in 2016 changed its name to Zen Center North Shore.

Joan is a dharma heir of Zenkei Blanche Hartman in the lineage of Shunryu Suzuki, Roshi. Her interest in zazen grew out of a background in modern dance and she continues to be interested in the ways that movement and the cultivation of energy can support the practice of stillness.

Joan trained at Tassajara Zen Mountain Monastery for six years. While in residency at San Francisco Zen Center, she formed a dharma group – Dharma en Español – devoted to studying Suzuki Roshi’s Zen Mind, Beginners Mind in Spanish (Mente Zen, Mente de Principiante), in order to provide the opportunity for native Spanish speakers to hear the dharma in their own language. While in San Francisco, she led meditation classes at the County Jail where she also provided one-on-one spiritual counseling for prisoners.

She is a graduate of Georgetown University in Washington, DC, and also completed the chaplaincy program at the Sati Center in Redwood City, CA, where she studied with Gil Fronsdal, Paul Haller, and Jennifer Block.

Her primary focus as a Zen priest, meditation teacher, sangha leader, and community activist, is on the dynamic relationship between formal practice and everyday, messy human life. In recent times she has been exploring the relationship of zazen and social justice, self-care, and creativity as a path of true happiness.