An Evening of Sitar & Tabla with David Whetstone and Shantilal Shah 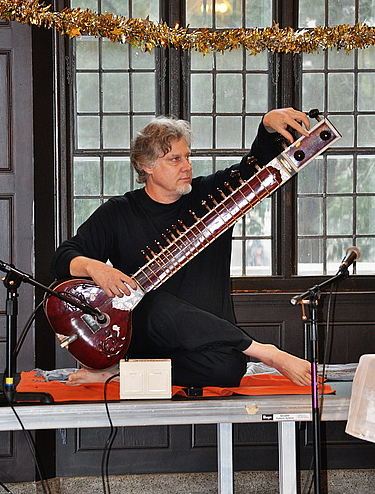 David began to teach for the University of Minnesota at the age of nineteen, and he has evolved methods that particularly enable an adult beginner to advance rapidly.  David’s  training in both Indian and Western classical music facilitates good communication of the ideas and concepts of sitar to young and old pupils. 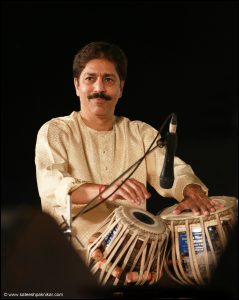 Shantilal Shah has been studying and performing Indian Classical Music with intense passion for the last 40 years. His basic taalim was under Pandit Mahadev Prasad Mishra of the Banaras Gharana, and later became a worthy disciple of Taal-Yogi Pandit Suresh Talwalkar.

His deep knowledge of music has allowed him to shine in particular as an accompanying artist, having performed with some of the greatest names in Indian Classical music including Pt. Jasraj, Pt. Hariprasad Chaurasia. Pt.Rajan Misra and Pt.Sajan Misra. Along with his accomplishments in the field of Hindustani Classical Music, he was also a featured performer in the 2004 Hollywood film, Dancing in Twilight, and in the Houston Grand Opera’s acclaimed Operetta, River of Light, in 2014.

He has also proven himself to be one of the most successful Tabla-Gurus of the present generation. with innumerable disciples having received in-depth Taalim under his direct supervision, including several who have become professional musicians. Determined to positively influence the lives of all his students, the lasting bonds he has developed are testimony to his devotion to his art and dedication to his disciples.