AN EVENING WITH DIANE ACKERMAN: The Mind, the Brain, the Self—and How Love Changes Everything 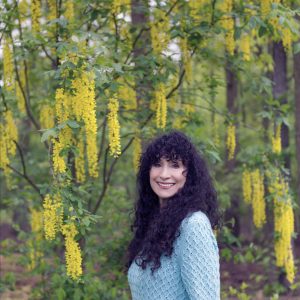 “Diane Ackerman’s vivid writing, inexhaustible stock of insights, and unquenchable optimism have established her as a national treasure, and as one of our great authors.” —Jared Diamond

“Ackerman’s thrilling observations urge us to live in the moment, to wake up to nature’s everyday miracles.” —PEN New England

“Diane Ackerman is a great dramatist and explorer of the sensual world….There is no limit to her curiosity; she is constantly discovering surprises.” —The New York Times Book Review

The incandescent Diane Ackerman—celebrated interpreter of science and nature—is the author of two dozen highly acclaimed works of nonfiction and poetry, including The Zookeeper’s Wife and A Natural History of the Senses―books beloved by millions of readers all over the world. In prose so rich and evocative that one can feel the earth turning beneath one’s feet as one reads, Ackerman’s thrilling observations urge us to live in the moment, to wake up to nature’s everyday miracles.

Her most recent book, The Human Age: The World Shaped By Us (Norton, 2014), won the 2015 PEN New England Henry David Thoreau Prize for literary excellence in nature writing for a book that “celebrates the natural world and human ingenuity, while exploring how the human race has become the single dominant force of change on the whole planet;” it was also a New York Times bestseller and Notable Book of 2014. In The Human Age Ackerman declares, “Our relationship with nature has changed…radically, irreversibly, but by no means all for the bad. Our new epoch is laced with invention. Our mistakes are legion, but our talent is immeasurable.”

The Zookeeper’s Wife  (2008) tells the true story of Antonina and Jan Zabinski, Christian directors of the Warsaw Zoo during WWII, who saved over 300 doomed Jews, hiding many of them in the zoo cages.  One of the most successful hideouts of World War II, it is a tale of people, animals, and subversive acts of compassion. For three years, Antonina kept her unusual household afloat, caring for both its human and its animal inhabitants in ingenious ways. Her husband, Jan, was heroic in more traditional ways, while Antonina was determined that the “Guests” survived emotionally, as well. Never giving in to the penetrating fear of discovery, she kept alive an atmosphere of play and innocence even as Europe crumbled around her.  The Zookeeper’s Wife was a New York Times Bestseller for 54 weeks. Speaking deeply to readers of all ages, it has been chosen as a Freshman Reads and Community Reads book in many cities. It received the Orion Book Award, which honored it as: “a groundbreaking work of nonfiction, in which the human relationship to nature is explored in an absolutely original way through looking at the Holocaust. A few years ago, ‘nature’ writers were asking themselves, How can a book be at the same time a work of art, an act of conscientious objection to the destruction of the world, and an affirmation of hope and human decency? The Zookeeper’s Wife answers this question.”

A full length feature film of The Zookeeper’s Wife, starring Jessica Chastain and Daniel Bruhl, was released in 2017.

One Hundred Names for Love was a finalist for the Pultizer Prize, the National Book Critics Circle Award, and the Books for a Better Life Award. It tells the story of Ackerman’s work to bring her husband back from the depths of aphasia after he suffered a terrible stroke, and was described by the Washington Post as “an ode to playfulness and the brain’s plasticity…a testament to the power of creativity in language, life—and love.” Abraham Verghese of The New York Times Book Review remarked, “Ackerman weds exquisite writing with profound insights, this time into speech and imagination….This book has done what no other has for me in recent years: it has renewed my faith in the redemptive power of love.”

Other nonfiction titles include Dawn Light: Dancing with Cranes and Other Ways to Start the Day, a book about “waking up” to each passing moment; An Alchemy of Mind, a poetics of the brain based on the latest neuroscience; Cultivating Delight: A Natural History of My Garden; Deep Play, which considers play, creativity, and our need for transcendence; A Slender Thread, about her work as a crisis line counselor; The Rarest of the Rare; and The Moon by Whale Light, in which she explores the plight and fascination of endangered animals; A Natural History of Love; On Extended Wings, her memoir of flying. Inspired by A Natural History of the Senses, she also hosted a five-hour PBS television series of the same name. While humans might luxuriate in the idea of being “in” nature, but Ms. Ackerman has taught generations that we are nature—for “no facet of nature is as unlikely as we, the tiny bipeds with the giant dreams.”

Ackerman’s poetry has been published in leading literary journals. Maxine Kumin says of it, “I know enough to know when I’m in the presence of a brilliant mind. Her acrobatic poems are full of fact and exuberance.” Her poetry books are Origami Bridges: Poems of Psychoanalysis and Fire; I Praise My Destroyer; Jaguar of Sweet Laughter: New and Selected Poems; Lady Faustus; Reverse Thunder: A Dramatic Poem; Wife of Light; The Planets: A Cosmic Pastoral.

Her essays about nature and human nature have appeared in The New York Times, Smithsonian, Parade, The New Yorker, National Geographic, and many other journals, where they have been the subject of much praise. She is also an Op-Ed columnist for The New York Times. She also writes nature books for children. Those titles include: Animal Sense; Monk Seal Hideaway; and Bats: Shadows in the Night. Says The Chicago Sun, “If you’re lucky you have someone in your life like Diane Ackerman—smart and capable, and successful in the world of grownups, but still brimming with the kind of infectious enthusiasm and wonder generally found only in children.”

Diane Ackerman was born in Waukegan, Illinois. She received an MA, MFA, and PhD from Cornell University and has received many prizes and awards, including a D. Litt. from Kenyon College, a Guggenheim Fellowship, the John Burroughs Nature Award, and the Lavan Poetry Prize, as well as being honored as a Literary Lion by the New York Public Library. She has taught at a variety of universities, including Columbia and Cornell.

She also has the rare distinction of having a molecule named after her—the dianeackerone.