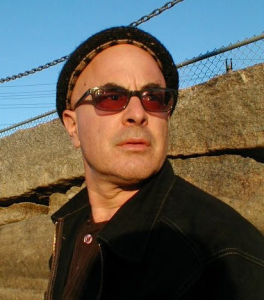 Over the last 25 years Gloucester based independent filmmaker Henry Ferrini’s work has focused on what Jack Kerouac called “the great continent of New England.” His interest in cultural geography has taken him to working-class communities throughout the industrial Northeast, unearthing material most would overlook. Ferrini’s films do not follow the conventional patterns of a biography documentary. He employs a lyrical, impressionist approach that allows for a greater exploration of the subject’s philosophies, thoughts, and ideas. Ferrini calls his work “film poems.”

Lewis Porter is the author of “Playback with Lewis Porter,” a jazz newsletter on Substack, as well as two acclaimed books on John Coltrane and numerous other publications. He’s a longtime jazz professor with a PhD in musicology from Brandeis, and taught at Tufts, Rutgers, and other schools and will be at NEC this spring. As a pianist, he has appeared on 35 albums with Terri Lyne Carrington, John Patitucci, Tia Fuller, Dave Liebman, and many others, and performed with many jazz “stars” across the USA and Europe and here in Lexington.

This evening will include discussion between Porter and Ferrini on topics of jazz, poetry, film and creativity with clips from Ferrini films including Lowell Blues (about Jack Kerouac), Polis is This- Charles Olson and the Persistence of Place, and Ferrini’s current project called President of Beauty: The Life and Times of Lester Young.