Creating Equality at Home: How Couples Around the World Share Housework and Childcare WITH FRANCINE M. DEUTSCH 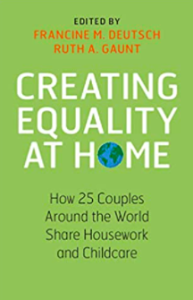 Creating Equality at Home (Cambridge University Press, 2020) tells the fascinating stories of 25 couples around the world whose everyday decisions about sharing the housework and childcare – from who cooks the food, washes the dishes, and helps with homework, to who cuts back on paid work – all add up to a gender revolution. From North and South America to Europe, Asia, and Australia, these couples tell a story of similarity despite vast cultural differences. By rejecting the prescription that men’s identities are determined by paid work and women’s by motherhood, the couples show that men can put family first and are as capable of nurturing as women, and that women can pursue careers as seriously as their husbands do – bringing profound rewards for men, women, marriage, and children. Working couples with children will discover that equality is possible and exists right now. 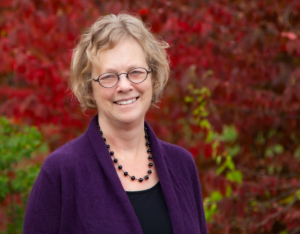 Francine M. Deutsch analyzes how gender shapes people’s lives. She is particularly interested in the resistance to gendered norms, and how, by undoing gender, couples can create equally-sharing families. Deutsch’s book, Halving It All: How Equally Shared Parenting Works (Harvard University Press, 1999), received widespread publicity, including coverage on NPR’s Morning Edition and a mention on Oprah. Deutsch has also studied male responses to female competence, friendship and the development of self-schemas, double standards and aging, information-seeking and maternal self-definition during the transition to motherhood, aspects of friendship among females, and the dynamics of the only child family in contemporary China. She has taught at Mount Holyoke, Vassar and Bates Colleges, LaGuardia Community College, and St. Lawrence University. In addition, Deutsch has held four research positions, including one as senior research associate at New York University, where she studied women during pregnancy and after the birth of their first child. She is currently Professor Emerita of Psychology, Mount Holyoke College.