Her Voice among the Aisles: A Celebration of Emily Dickinson through Poetry & Song with ANNINA HSIEH soprano, JUDY PARK piano, & readings by poets TOM DALEY and CAMMY THOMAS

From, Nature–The Gentlest Mother Is

Emily Dickinson is largely considered one of the leading poetic voices of the 19th century. Her words have inspired many composers who have set her words to music. Annina Hsieh, soprano and Judy Park, piano will perform selections from Aaron Copland’s playful, tragic, personal, perennial, and ethereal song cycle Twelve Poems of Emily Dickinson, as well as settings of Dickinson’s verse by other American composers. Poets Tom Daley, and Cammy Thomas will recite and provide insights into the power, nuance and beauty of Dickinson’s poetic vision.

Annina Hsieh is a Boston-based soprano and educator. Praised for her sensitivity as a performer, Hsieh strives to connect with audiences in opera and recital settings, and was the 2019 winner of the Handel and Haydn Society’s Barbara E. Maze Award for Musical Excellence. She completed her Master of Music in Voice Performance at Cleveland Institute of Music, and her Bachelor of Music in Vocal Performance at Ithaca College.

Pianist Judy Park enjoys a rewarding performing and teaching life. She has given solo recitals, concerto performances and chamber music concerts throughout North America and Asia. Following her studies at The Glenn Gould School at The Royal Conservatory in Toronto, she attended Boston University where she obtained Masters of Music in performance. She has been teaching at Cornell University as a visiting lecturer since 2007.

Tom Daley, is author of a play, Every Broom and Bridget—Emily Dickinson and Her Irish Servants. Tom leads workshops in poetry and in memoir writing at Lexington Community Education and elsewhere. Recipient of the Dana Award in Poetry his poetry has appeared in Harvard Review, Massachusetts Review, 32 Poems, Fence, Denver Quarterly, Crazyhorse, Barrow Street, Rhino, Prairie Schooner, Witness, and Poetry Ireland Review. Regarding his poetry collection House You Cannot Reach, Lloyd Schwartz writes Every line here, even–and maybe especially–in the poignant poems “spoken” by the poet’s mother, radiates his love of poetry. 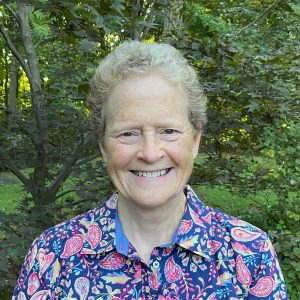 Cammy Thomas’ first book of poems, Cathedral of Wish, received the 2006 Norma Farber First Book Award from the Poetry Society of America. A fellowship from the Ragdale Foundation helped her complete her second book, Inscriptions. Her third book, Tremors, came out in 2021. Her poems have recently appeared in Amsterdam Quarterly, ​The Poetry Porch, New Orleans Review, and Poet Lore​. Far Past War, a choral setting of her poems composed by her sister, Augusta Read Thomas, premiered at Washington’s National Cathedral on March 13, 2022. She lives in Bolton, MA.