In Praise of Teachers WITH TAYLOR MALI 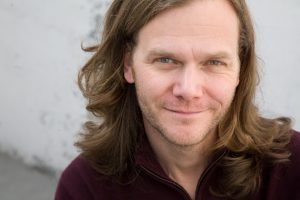 What wouldn’t you give to have your OLD problems back?! A smelly roomful of students after gym? A copier that only works if you sing to it? The cafeteria’s aspirational salad bar? If those all sound like pretty good problems to have, come listen to poet Taylor Mali, the author of “What Teachers Make: In Praise of the Greatest Job in the World,” read poems that may remind you why you chose to walk this noble path in the first place. This afternoon’s presentation is tailored to teachers, and students… and to all others who stand in awe, support, and with gratitude for all that teachers do and make.

Taylor Mali is one of the most well-known poets to have emerged from the poetry slam movement. He is one of the few people in the world to have no job other than that of “poet.” Articulate, accessible, passionate, and downright funny, Mali studied drama at Oxford with members of The Royal Shakespeare Company and puts those skills of presentation to work in all his performances. He was one of the original poets to appear on the HBO series Russell Simmons Presents Def Poetry and was the “Armani-clad villain” of Paul Devlin’s 1997 documentary film SlamNation. His poem “What Teachers Make” has been viewed over 4 million times on YouTube and was quoted by the New York Times’ Thomas Friedman in one of his commencement addresses.

Mali is a vocal advocate of teachers and the nobility of teaching, having spent nine years in the classroom teaching everything from English and history to math and S.A.T. test preparation. He has performed and lectured for teachers all over the world; and in 2012 he reached his goal of creating one thousand new teachers through “poetry, persuasion, and perseverance.” Based on the poem that inspired a movement, his book of essays, What Teachers Make: In Praise of the Greatest Job in the World, is his passionate defense of teachers drawing on his own experiences, both in the classroom and as a traveling teacher/author/poet.