From “keeping time” in big bands and jazz combos, to the unaccompanied recordings of George Van Eps, Johnny Smith, and Joe Pass, the evolution of the guitar in the Jazz genre has been rapid and remarkable. This autumn we are honored to welcome three of the world’s finest players to converse both verbally and musically as we celebrate the history and tonality of the beloved “jazz box.” 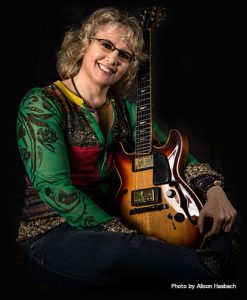 Guitar Player Magazine calls Sheryl Bailey “One of the most compelling tones of her generation”, and Frank Forte of Just Jazz Guitar ranks her “among the best bop guitar players with a fresh approach and something new.” Sheryl has groomed incredible chops and impeccable taste with which she applies them. To date, Sheryl has 9 CDs out under her name, and a live DVD, The Sheryl Bailey 3 Live in NYC (Mel Bay). Each successive release has drawn more accolades. Sheryl is a Professor at Berklee College of Music, and at the Collective in New York. 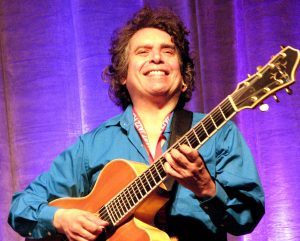 Regarding Howard Alden, Owen Cordle of JazzTimes writes, “He may be the best of his generation.” His outstanding playing with musicians including Ruby Braff, Joe Williams, Woody Herman, Benny Carter, Bud Freeman, Clark Terry, Dizzy Gillespie and George Van Eps has brought international accolades, and has made him one of the world’s most sought after jazz guitarists. His latest album of unaccompanied guitar simply entitled, Guitar further establishes him as a true master of the instrument and Jazz genre. 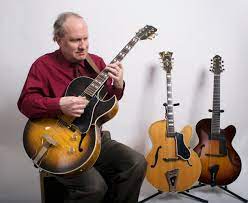