Living the Life of Today WITH EDWARD ESPE BROWN 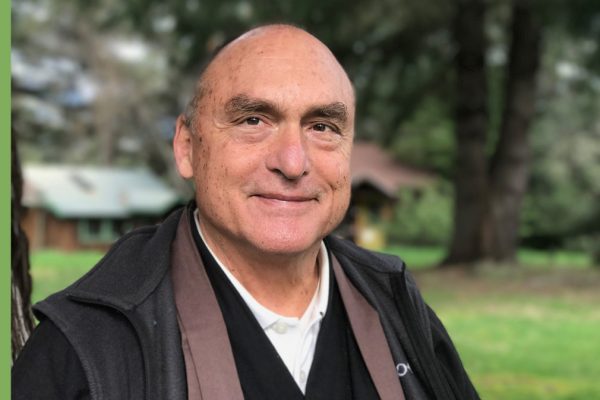 Is there anyone who knows better how to live your life than you? A lot of people seem to think so, and they’re ready to tell you, and sell you on their product, their news, their stories, their teachings, their image. You could buy in and attempt to get to where they’ve gotten but before you know it, you’re in default mode. In an old Zen story the master Huang Po challenges his students saying, “All of you gobblers of dregs! If you keep on like this, when will you have today?” The life of today is happening as we speak, and for better or worse it’s completely yours—always about to be lived. Our on-going study then is how to get in the driver’s seat and steer our vehicle where we choose, making the choice from our innermost being. More and better instructions, admonitions, teachings? More directives or commands? Or less gobbling up the dregs of the lives of others? Let’s gather together and see what the story is today.

Master cook, baker, author, and Zen priest, Edward Espe Brown began cooking and practicing Zen in 1965. He was the first head resident cook at Tassajara Zen Mountain Center from 1967 through 1969. Later he worked at the celebrated GreensRestaurant in San Francisco, serving as busboy, waiter, floor manager, wine buyer, cashier, host, and manager. Ordainedas a zen priest by Shunryu Suzuki Roshi in 1971, he has taught meditation retreats and vegetarian cooking classes throughout North America and Europe. Author of several bestselling cookbooks, including The Tassajara Bread Book and The Complete Tassajara Cookbook, he is also author of The Most Important Point: Zen Teachings of Edward Espe Brown, No Recipe: Cooking as Spiritual Practice, and the editor of Not Always So, a book of lectures by Shunryu Suzuki Roshi. The critically acclaimed 2007 documentary film How to Cook Your Life features Edward teaching in Austria and California. He resides in Fairfax, California.