Playing in the Shadow of Roberto Clemente: Afro-Latinos and America’s Game WITH ADRIAN BURGOS, JR. 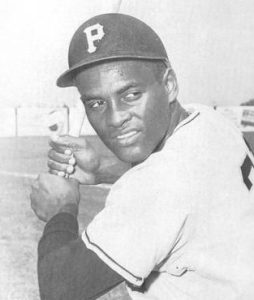 Roberto Clemente was a Puerto Rican born baseball player who played 18 seasons in the Major Leagues for the Pittsburgh Pirates. He was one of the most influential people in the incorporation of Latin American players breaking through the color barrier and joining the Major Leagues. Clemente was not only a leader on the field, but he also spent a lot of his time doing charity work in Latin America and the Caribbean where he would bring food and baseball equipment to those in need. Unfortunately, Clemente died in a plane crash on one of his philanthropic missions in 1972 at the age of 38. The example he set both on and off the field have continued over the years to have a lasting impact on Afro-Latino players. 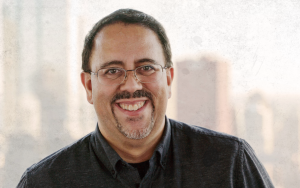 Adrian Burgos, Jr. is a History Professor at the University of Illinois specializing in US Latino history, sports history, urban history, and African American history. Many of his publications focus on the incorporation of Spanish-speaking baseball players into the Major Leagues throughout history. His first book, Playing America’s Game: Baseball, Latinos, and the Color Line, analyzes the incorporation of players from the Spanish-speaking Americas into U.S. professional baseball to illuminate the working of baseball’s color line. His second book Cuban Star: How One Negro League Owner Changed the Face of Baseball, takes interest in race and baseball integration further as it explores what it means to be black and brown in the United States through Alejandro “Alex” Pompez’s life story, an Afro-Cuban- American who went from a Negro League team owner and Harlem numbers king to a Major League scout that opened the Dominican talent pipeline.