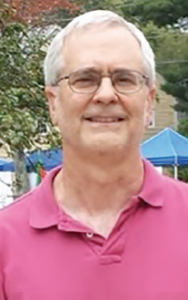 Sculpture and other forms of public art have been making the headlines a lot lately. Monuments have been toppled, contemporary sculptures replacing them; art appears on billboards and city streets, “popping up” in squares, projected onto buildings, as sky-writing, and even “virtual” images on phones. Whatever you think about such expressions, one thing is clear: today public art fills an important role in our society. We’ll take a wide-ranging look at its many forms and themes: monumental, political, environmental, whimsical, “art for art’s sake,” and more. What makes a work succeed (or not)? Where is the field going? Join us for a casual, lively discussion about public art and its role in our culture.

Paul Angiolillo has been creating sculptures and functional “art” objects for several decades, in both representational and abstract styles. For many years he studied with master sculptor Joseph Wheelwright in Boston. Paul has shown his works in galleries, art centers, libraries, museum shops (deCordova, Fuller Craft), and other venues, as well as in many outdoor exhibits.