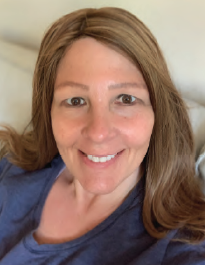 Spend your Saturday mornings with a cup of coffee and a class that will cover the fundamentals of the learning Spanish language. This class is appropriate for students who have taken Beginning Spanish or its equivalent.

Susannah Tesoriero, M.Ed first studied Spanish as an undergraduate and went on to take adult ed courses in Spanish when she graduated. Before she went into teaching, she worked as a case manager in a day shelter for the homeless in Portland, ME. Susannah spoke some conversational Spanish at the time and was assigned to work with our immigrant population, mostly people from Central America and Mexico. This ignited her passion for the language and culture and her desire to improve her Spanish. She took a leave of absence from her job and went to Guatemala to study Spanish. Since then, almost 20 years ago, Susannah has been speaking Spanish as part of her job and her personal life every day. She looks forward to speaking Spanish with all of you!