The Poetry of Popular Song 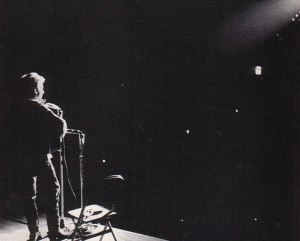 This six-part series of lectures will present the ways in which poetry intersects with song and popular music. There are very many examples in popular music of delightful poetry interwoven with unforgettable tunes. Most everyone remembers the melodies and catchy rhythms, as well as, the artist who brings the song to life, but quite frequently the poetry in the song slips under the radar – rarely noticed.

Looking at varying genres including musical theater, standard tunes (often referred to as the Great American Songbook), folk music (both traditional and modern), and rock songs in our quest to discuss the poetry within the song, learn background information about the writers and listen to musical interpretations by various artists.

Director/Founder: Sarteano Chamber Choral Conducting Workshop (Tuscany), since 2004. MA in Choral Conducting, as well as, Certification in Voice Therapy, from TBC. Brian completed all his course work for a PhD in Curriculum and Teaching-Music Education emphasis, at BU.

Brian has been on the faculty of: Berklee College, BU, Tufts, Northeastern, NEC, TBC, retiring last year from UMass/Lowell, as well as Lexington and Cambridge Rindge and Latin high schools.

Brian has presented hundreds of workshops/clinics on singing/choral methods. Since 2010, he has been an adjudicator of choral composition/choral performance for The American Prize. Brian has been a life-long proponent of poetry and its ability to stimulate the mind and enrich the spirit. For 17 years, he served as vocal director for LHS musicals with Steve Bogart and Jeff Leonard.