Remembering Gerry Goolkasian (1955-2020): Master of Dragons and King of Hearts

2 years ago
Michael
From the Director: The LCE Monthly Blog 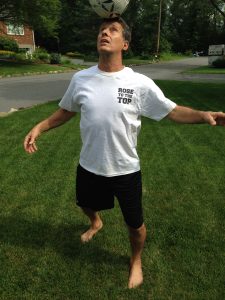 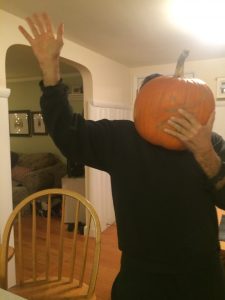 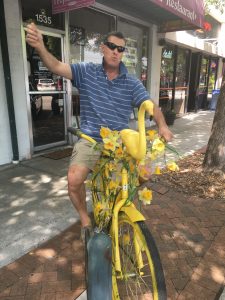 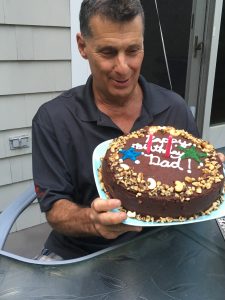 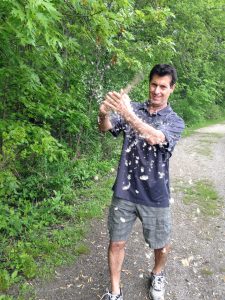 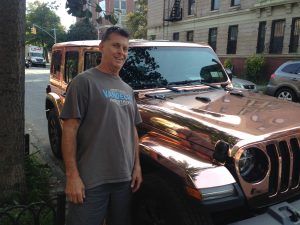 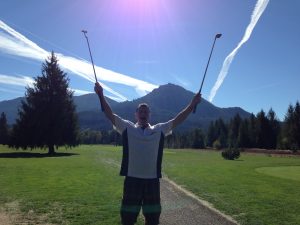 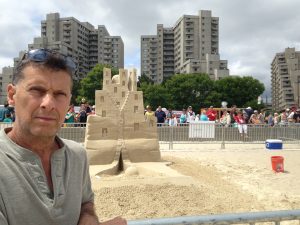 Master of Dragons and King of Hearts

The Road goes ever on and on

Out from the door where it began.

Now far ahead the Road has gone,

Spending summers with Gerry Goolkasian (a.k.a. Mr. G.) at Lexplorations was a bit like spending time near (and sometimes being engulfed by) a benevolent hurricane. Each summer Gerry’s swirling energy and enthusiasm was a force that could be felt as it lifted his students and the summer staff up off the ground for a wizardly spin. As director, I knew that when Mr. G entered the room, things were going to most likely be upturned and rearranged in unexpected ways. I also knew that Mr. G’s unorthodox requests and requirements would mean that we were most likely going to have to break the mold in some way…maybe move a classroom that had been secured with the facilities department, or put an unusual tech request in with IT, or make space for extra high school helpers. Additionally, I knew that Mr. G thought things through to the nth degree and that (although it did not always appear so at first) his new proposal and configuration had been worked out/sketched out by him on pencil and paper, and would be best for students in the end.

No matter what was happening in, or how many people were packed into our Lexplorations office, Mr. G would enter with a sense of urgency, telling us his thoughts for improvement, often before taking a breath to say hello.  After his main points were expressed, he would laugh at his hurricane haste, say hello, and then spend concentrated time inquiring about family, telling a joke, or giving tips for the best place to park at Good Harbor beach. His earnestness both for making classroom improvements as well as making sure that we were all taking care of ourselves and that family was doing well was tangible and unique. I always genuinely felt heard, seen, and cared for as Gerry spun around to leave the room, and I hope Mr. G. felt that way after talking with me, too.

While Mr. G spent 35 years teaching in the Lexington Public School system, teaching 6th grade math at Clarke Middle School, I knew him best as our Lexplorations Summer program Dungeons & Dragons instructor. He must have taught that class with Lexplorations for 20 years or more. He was here teaching D&D and Geo * Art (a program that he developed that brought art and math together) in the summers long before I arrived in 2009.  And while it was clear that he was truly an expert math and art teacher, I sometimes wondered how much he actually knew about D&D. He once told me the story of how he was first recruited to be involved with D&D.  His adventure began at the request of an after school student club that needed an adult teacher to oversee the meetings. Gerry agreed to that, and not long after found himself agreeing to be the instructor for our five week, week-long summer D&D programs. If you are not aware of what D&D is, I think it’s fair to say that you are not alone. The game comes with a bit of an alternative culture stamp.

Gerry was one of the hardest working people I have met. Whether it be working in the classroom throughout the school year and into the summer, cutting his parents lawn, or working in his beautiful back-yard garden, it seemed he always had multiple activities happening each day. I don’t imagine he turned down many paying jobs in his life. It seemed against his nature to say no to good work.  It was remarkable how much energy he had and how much time he spent working. However, it didn’t take me long to realize that the reason for his commitment to teaching all summer, and his side-job searches of tutoring and substitute teaching (even after retirement) was an extension to the commitment to his wife and daughters. He worked hard to help support the larger Goolkasian family, and he worked hard so that the family could spend quality time together on vacation each year. His commitment to his wife and daughters (and parents and sisters) was inspiring. That he was willing to do anything for them was clear. He always had so much energy and strength and fight, and that was all powered by his love for his family. He loved fiercely and lived fully. As a father myself, I was inspired by his commitment to his work, as well as his commitment to the outcome. The outcome of his work was not only about helping his students, it was also about spending time in laughter and sunlight on the beach with his own family.

Dungeons & Dragons is a multi-player game of strategy and chance that was developed in the 1970s and originally received some press because parents were concerned that it was somehow nefarious. While no more impious than Tolkien’s Lord of the Rings trilogy, or the Star Wars movies, or the music of Led Zeppelin, the game provides a safe and much needed place for creativity, math familiarity, imagination, strategy, teamwork, and socialization with other players who typically might be a bit introverted, or who find the extracurricular activities of the standard larger school setting awkward and largely uninteresting. In the realm of D&D, kids who might come across as shy in the cafeteria or gym class, come alive and are as engaged as any varsity quarterback or volleyball center star. You get the picture. The game often attracts different kinds of young, bright student stars that don’t always find a forum, or the space to shine in a stereotypical school culture.

As mentioned, I wondered more than once how much Gerry actually knew about Dungeons & Dragons. While I missed out on playing the game while I was growing up, I knew a bit about the structure of the game and that teams of players were formed to go on a campaign to reach some type of goal. I would ask Mr. G about how the campaigns were going and try to toss in technical D&D terms when I could to see if I could catch him off guard. He would usually laugh at my use of terms, and change the topic to a broader point about classroom management rather than game strategy. However, after years of this type of subtle testing I came to believe that Mr. G did in fact  know a lot about the game, but that his purpose and focus was centered on the larger game of life that was being played.

By observing Mr. G. in the classroom over my 11 summers working with him, I came to realize Gerry’s role as D&D “teacher” was to act as an anchor to stabilize social interactions, get students to realize that the “game” they were really playing was not about what was on the game graph, and help them to discover that the powerful characters they were developing were not located in far off lands of dungeons and dragons, but were in fact located at the center of the self of each of them.  Mr. G was there to show students that they were the main character holding the keys of their own destiny in the face of the fates. He was there to show by example that while the dragons of this world try to hide heart and treasure, it is more noble and takes more courage to wear your heart on your sleeve, and let your gold shine. Looking at the pictures (above) that he sent us over the years for our print catalogs, is clear to me now that Gerry was a wizard at the game of life, looking though the glass and pointing directly at his students. Pointing directly at us.

Gerry Goolkasian lost his battle with cancer on October 30, 2020, but he has forever won the battle of the hearts of his many LCE/Lexplorations students and staff. In his article, All I needed to know about life I learned from “Dungeons & Dragons” Ethan Gilsdorf tells us of 10 life lessons he gleaned from D&D. It’s a great article. Last summer in my subtle testing of Mr. G’s D&D knowledge, I read him the list. The lessons are: 1) Everyone has a purpose. 2) Diversity rocks. 3) Collaboration is better than competition. 4) There is no “end.” 5) Fight, fail, live again. 6) Parley! 7) It gets better. 8) Nothing beats paper and pencil. 9) Say what you mean, do what you say, and 10) There’s always a chance. Gerry liked the list and although he usually couldn’t be slowed down to talk D&D philosophy, we spent a few minutes talking about some of these points. I told him that the way I saw it, the essence of what he was providing in the D&D Lexplorations experience was contained in the list of ten points. Mr. G agreed. I thanked him for creating a place where these lessons could be shared with our students. I wanted him to know how unique what he was doing with us was. It was truly special. Mr. G was truly unique.

There are hundreds more tales to tell about Mr. G. and D&D, and each of the LCE/Lexplorations staff could easily write longer and better blog tributes, but for now suffice to say that we are forever grateful to Gerry Goolkasian for his years of teaching and friendship. While Gerry embodied and taught all of the ten D&D lessons listed above, number four seems best fitting for the somber time and task at hand.

While his creative fire and whirling, benevolent hurricane energy has now moved away from us, when it comes to Gerry Goolkasian and his memory and inspiration at LCE/Lexplorations, There is no “end.”